Ever since the invention of the computer and its fast progression in both advancement and prominence, there have been millions of new ways to access information. We now have everything we could ever want or need to know right at our fingertips, and because of it, we’re approaching threats of information overload.

The University of California, San Diego reported that, in 2009, thirty-four gigabytes of information is consumed by the average American each day, be it by email, social media, television, communicating on the cell phone, etc.

That is two gigabytes more than the largest storage capacity available for an iPad Pro, to give you more of a tangible idea. Just like it sounds, information overload happens when you try to take in too much information for you to digest at once.

How does information overload pose a threat?

According to Dr. Kenneth Freundlich, “our working memory […] can hold fewer than ten items at a time.” He goes onto say that the large amount of information we’re currently “bombarded” with can have a negative effect on “our memory, our concentration, and ultimately our ability to produce timely results and make good decisions.”

The threat this poses, according to Freundlich, is that the more information we try to force in the small capacity of our working memory, the worse our mental processing is. It’s a lot like when you’re running out of room in your cell phone’s memory capacity and it warns you that some parts of the phone won’t function properly at full capacity.

How much damage are we talking here?

Keeping our brains stimulated with excess information can cause us to lose the important periods of rest we need to refuel and recharge our brains.

According to Freundlich, this can result in problems with your short-term and long-term memory, disrupting their communication with each other as a result of over-activity. In addition to that, it’s affecting our ability to focus.

There’s a common misconception that multitasking is not only acceptable but should be glorified. This is far from the truth.

Believe it or not, multitasking merely gives you the illusion of being productive, when in fact, you’re being far less productive. Rather than completing several tasks, you’re merely switching them. When you’re focused on a task, it takes your brain a minute to disengage from the task at hand, regroup, and refocus on the new one.

Studies have shown that it can take anywhere from ten to twenty-four minutes to refocus on a new task. The more difficult the task, however, the longer it can take you to refocus.

What can you do?

The first step you can take to keep the information from overloading you is keeping the distractions to a minimum. Do your best to work on one task at a time.

A good way to help promote this habit is by assigning designated times to check your email, return phone calls or messages, watch or read the news, etc.

This will help ensure that you aren’t overloading yourself with excess information. Prioritize what information you do choose to take in. Many news websites, email providers, and alerts allow you to filter what you see, saving your mental space for what matters.

They’ll also allow for scheduled alerts, so you’re only getting information when you want it. Another good way to help is to give yourself a break from the technology every once in a while.

Taking even as short a time period as an hour each day to turn off your technology and have a break from it can improve this tremendously and also help improve your restfulness.

For hands-on, practical guidance on how to combat Information Overload, check out my eBook and video series >>>beat information overload<<<

Discover the Power of Mindfulness Meditation

What Einstein Knew About “The Secret”

MindZoom for Self Improvement 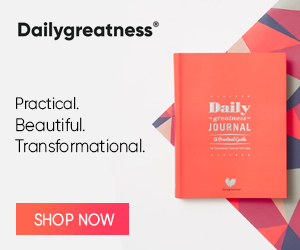 Because We All Need A Bit Of Help With Focus, Memory, and Energy